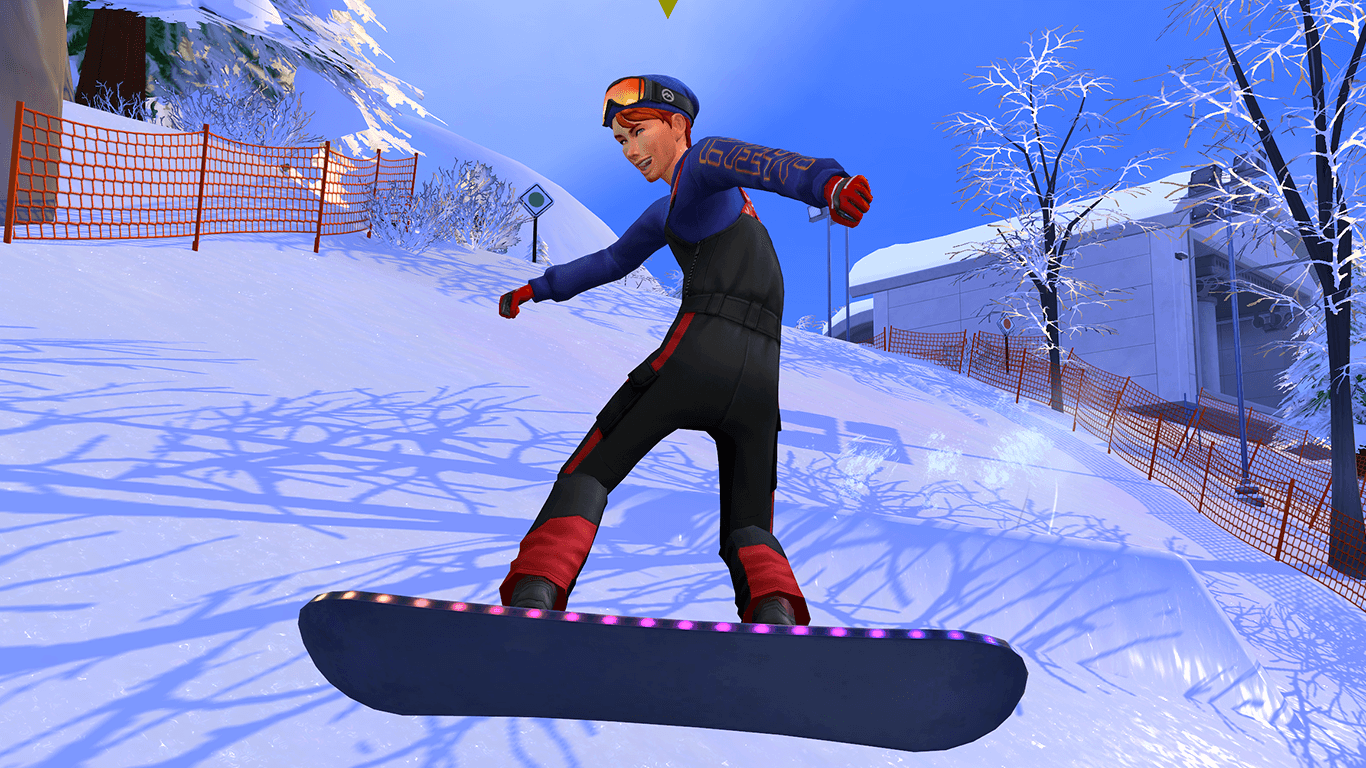 The update adds a number of new tasks and abilities to our character, among which is snowboarding.

How can you improve your snowboarding technique

Are you looking for tricks? Sim could improve his snowboarding ability and gain an extra rush of adrenaline! The downhill technique is mastered through working on the slopes and studying articles on snowboarding. As you progress and gain experience, you will be able to access more complex slopes, more challenging terrain, new techniques, and opportunities to be snowboarding buddies with other skilled snowboarders.

Snowboarding is a sport loved by people from small to big, from a young boy to a teenager. However, the art of snowboarding can be acquired through Sims beginning in their teens. The children will develop their motor skills when they are snowboarding.

Learn the art of snowboarding by reading the three volumes “Snowboarding” by purchasing it at the bookcase or computer:

To feel like an actual snowboarder, you should go to the place of perpetual snow, which is Yukimatsu in Japan. You can find five mountain slopes suitable for skiers and snowboarders, each having the same difficulty. Naturally, the more skilled the person, the more complex the slopes will be for him, and the more significant number of tricks he’ll be able to perform when skiing. If you are looking to learn how to snowboard, it is best to go skiing in a tense spirit. This is a great activity to those who have a life ambition consisting of “Extreme Lover” with character traits like “Courageous”, “Active”, “Nature Lover” and that lead “Adrenaline Thirst” , “Energetic” and “Outdoorsy. ”


Rental and purchase of a snowboard

You can purchase snowboards for kids and adults from the vending machine located next to the lift station at the mountain base. Or purchase them through purchase mode. In the beginning, you’ll be able to choose between two different types of snowboards offered – SulCo Simple Snowboards for adults (for 200 SS) and SulCo Boards Model Toddler to children (for the price of 160 SS). Be aware that only a couple of designs of boards are offered at the vending machine. As you gain experience, you will unlock new, more sophisticated models released when you purchase.

There are many snowboards in your bag simultaneously as well. Sim will pick one randomly, or you can choose any of them to be your preferred snowboard by clicking its icon on the luggage of your character.

If you decide to take a trip but do not have a snowboard with the person, they will immediately “rent theirs” on the hill. However, be aware that such equipment is often not very good, and your character is at risk of being uncomfortable. It is therefore recommended to have your snowboard with you. The rental snowboard is kept in the baggage of your personality; however, if you decide you don’t want to use it, you can get it returned by clicking the icon that appears in the luggage of your character.

When you want to snowboard, you must change your footwear, and they may not match the snowboarding attire you’ve picked so cautiously. Take proper care of your footwear in advance to prevent this from happening. You can give the snowboarder special boots that will not alter their appearance while skating if you’re at CAS.

In the first moment in the sport’s history, you can now snowboard at the Slope and on actual mountains! There are five different slopes to choose from on the hill, and each one has its level of difficulty. They are instructional for beginners, novices, and advanced and extreme skiers. On all slopes, excluding the slopes for school children, you can access them using the elevator by clicking on the building near the bottom or selecting “Ride” or “Ride” to the Slope you want to go on, and then the character will take the elevator. 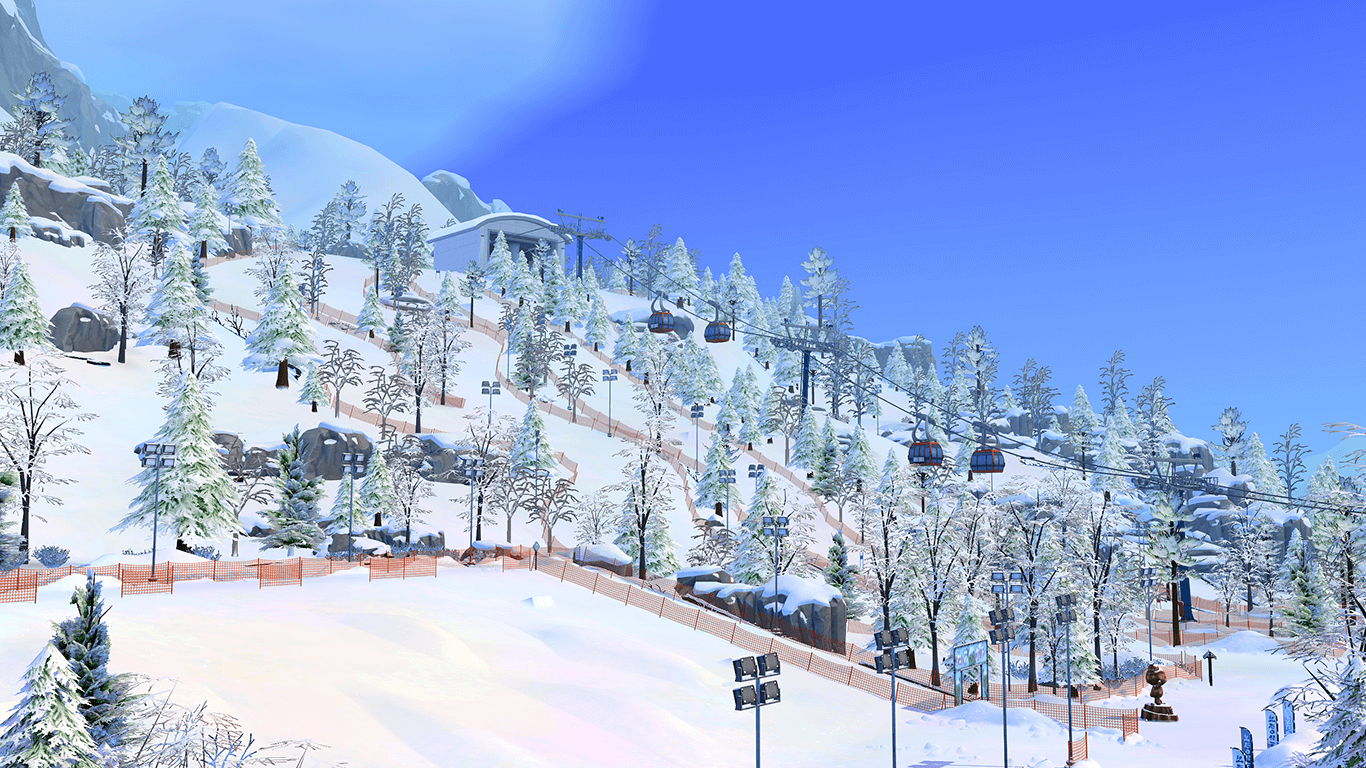 Course Slope Available from the level of 1 in your skill.

This is a great slope for beginners who want to learn snowboarding. It is split into 5 trails which differ in the amount of turns and jumps.

It’s the last slope of the lift. It is accessible by climbing the stall, or selecting the hill and then selecting”Ride” “Ride” option. Sim will take the elevator to reach the top of the slope.

Amateur Slope is available at the 3rd level of skill.

This slope is also to the right of the lift. At the 3rd level of skill you’ll have moderate and low levels of activity. at the 4th level, you’ll be in a position to ski with high intensity.The slope is located on the left side of the elevator.

The slope is situated on the right side to the left of the elevator. The slope and all intensities are available immediately when you reach ski skill level 4 however the description of the level states that the slope is rated for high activity. the slope is only accessible at level 5. The ledges of stone are used to serve as jumping ramps.

Extreme Slope is available starting at the skill level 5

The farthest right Slope away from the lift. Access to this Slope and all intensity levels at once is accessible at ski skill level 5. The Slope is split into two paths with ramps made of rock slopes. This is the toughest Slope.

See also  Scientific research and debate in The Sims 4: At University

The slopes are all skiable both at night and daytime. All the trails are lit up in the Snow Festival the special lighting will be on, which makes the skiing even more thrilling.

If you tap on the Slope, you can choose whether your sim will go skiing usually or foolishly. Furthermore, except the instructional Slope, every Slope comes with three levels of skiing: low, medium, and high. You can pick the appropriate grade by clicking on the Slope. By the chosen level of intensity, the player can be cautious, staying clear of jumps and tricks or performing amazing stunts.

All slopes, except for the training slope are classified into three levels of activity: medium, high and low medium and high 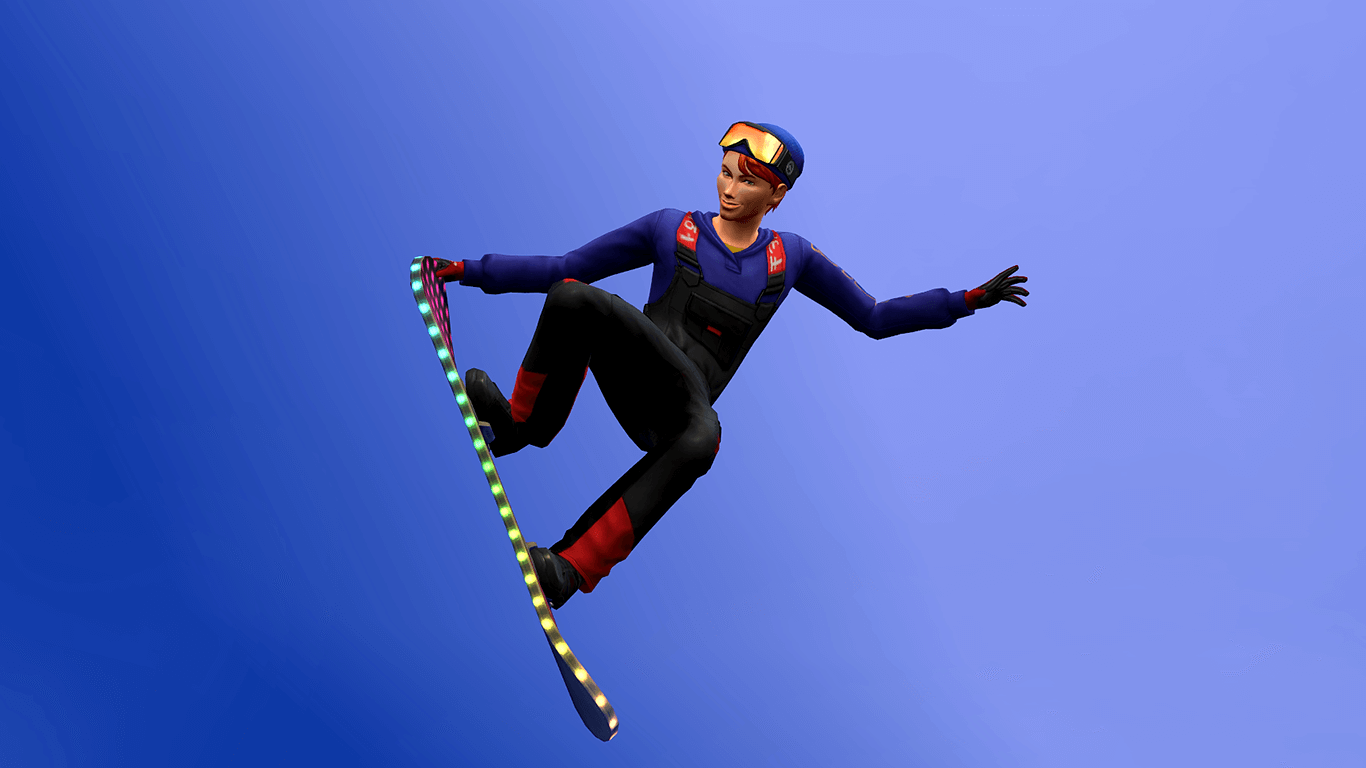 If you’ve got the add-on installed it will allow you to snowboard and performing tricks on slopes designed for the connoisseur and extreme, Sim will increase his . Furthermore, at higher proficiency levels, he’ll be able record his ski descents and post them online that will make him more famous and enable him to make some income.

Sim can slip and fall while snowboarding and get mullets from injuries that make skiing unachievable for hours. Additionally, the weather condition “ice crust” also impacts the Slope’s disease because they are slippery, and the sims tend to fall more frequently. Information on the current state of the slopes is available on the board located at the base of the mountain, in between the beginner slope and the Slope used for training.

Sim has discovered a brand new passion which is snowboarding! Sim can snowboard at the speed he wishes on the slope for instruction and beginner’s slope. If he keeps working on this technique, more challenging slopes, more exciting techniques and equipment are likely to be found.

Now Sim is able to get closer to other snowboarders! Offer him the position of a fellow snowboarder to another… and withdraw the offer. Additionally, new clothing is being made available through the editor for character creation.

Sim can now take to the slopes for beginners, and also communicate more frequently by soaring high-fiving other snowmobilers!

Sim is able to learn snowboarding skills through a computer. Sim has discovered new tricks and can now ski more quickly off the slopes for beginners and even attempt to master the slopes of the experts. Do you want to try riding the board? Sim is also able to perform the “feel the energy rush” action.

Sim is now able to make skiers laugh with the “Mock skim” motion. Sim is also now able to the ability to learn more sophisticated ski tricks for those who are experts. Also, the character creation editor is now sporting a sports-inspired top to keep warm in cold temperatures.

Sim can now play to play the “Endure pain” action on different characters. Sim also has access to new tricks as well as an entirely new snowboard when in build mode.

Are you looking to show how cool your Sim is? Make use of the latest interaction feature “Bragging Rides”. Sim is now able to warm up following an accident.•

Sim is able to take on different characters, urging them to climb the slope in danger, and may perform techniques on slopes.

Sim is able to chat with other about the real-time descent.

Sim has perfected snowboarding to the highest level! He is now able to guide other characters and give suggestions regarding snowboarding. In addition, Sim can film his ski descents and then publish them on his computer. Also, there are new snowboards that are in the construction phase.

Skiing and snowboarding, as well as improving your abilities, Sim will gain access to brand new snowboards, clothing and a range of other interaction and features.•

New items are available in the CAS and purchase mode

At two or the sixth levels, there are new clothing items for CAS sportswear such as jackets and pants are available for both genders (for male pants to be visible in CAS, you must turn off the filter for clothing for men).•

However, for the time being, there are the same issues in the CAS snowboarding skill rewards that exist in the snowboarding reward – none of the colors are available, even though there are plenty of them in the game’s file files. Maybe this will be corrected in the future patch. For now, this situation can be rectified by installing the mod (download the variant Fogity_Unlocked_CAS_Parts_By_Category, the necessary file is in the folder Unsorted).

Alongside the new clothing, snowboarders will also be able to use three kinds of new boards to ride.

See also  Kava Feast in The Sims 4: Life on an Island

In the third skill grade, Sim will have access to the brand new snowboard “Board Grade X2”.

When you reach the 6th level of skill you’ll be able to purchase an Ultraboard in Freestyle.

Then, at 10th skill level, you’ll be granted an access pass to snowboard “Dwarf Board” that comes with among the many colors available cool options with backlighting.

All snowboards are accessible to characters who are teenagers to adult.

Discuss the snowboarding skills or ask any questions. Have fun playing

Climbing skill in The Sims 4 Snowfields